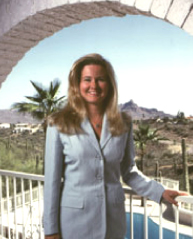 A state chartered bank which is organized in a state other than Arizona must register with the Arizona Department of Financial Institutions (AZDFI) in order to open an office in Arizona.  The state chartered bank must comply with the directives in the Uniform Interstate Application/Notice (the “Uniform Application”) and file it with its “home state” regulator, or must file an acceptable alternative form with the AZDFI.   In addition, the bank must file the Uniform Application with its primary federal regulator — either the Federal Deposit Insurance Corporation (FDIC) or the Federal Reserve Bank (FRB), or in the alternative, must follow the FRB’s notice requirement for establishing a branch or submit a letter application to the FDIC containing the information required by FDIC rules.  If the bank elects to file the Uniform Application with its home state regulator, the home state regulator is then to share the form with the regulators of other states.

When completing the Uniform Application, the bank must include a statement as to why the branch location will promote the “public convenience” and be advantageous or will not have a material adverse effect as to these issues.  The bank must indicate if the office to be opened in Arizona is a “branch office,” a “place of business” other than a branch office, such as a “loan production office” (LPO) or representative office, or an “automated service location” such as a stand-along automated teller machine or cash dispensing machine.

A bank cannot operate in Arizona under a name which contains the word “bank” unless it “is to be and and becomes actively and substantially engaged” in the banking business or certain related businesses.  A.R.S. § 10-401(A)(1). Therefore, a bank cannot maintain a “loan production office” (LPO) using a name containing “bank” unless it is also conducting banking business in Arizona as previously described. The bank could, however, have an LPO operating under a fictious name which does not contain “bank” or any similarly prohibited term.  If “bank” is to be used in the name, prior written approval from the AZDFI is required before submitting an application for “foreign authority” to the Arizona Corporation Commission, pursuant to AZDFI guidance.

There are various other nuances and legal requirements in connection with obtaining approval to operate a state-chartered bank in Arizona.